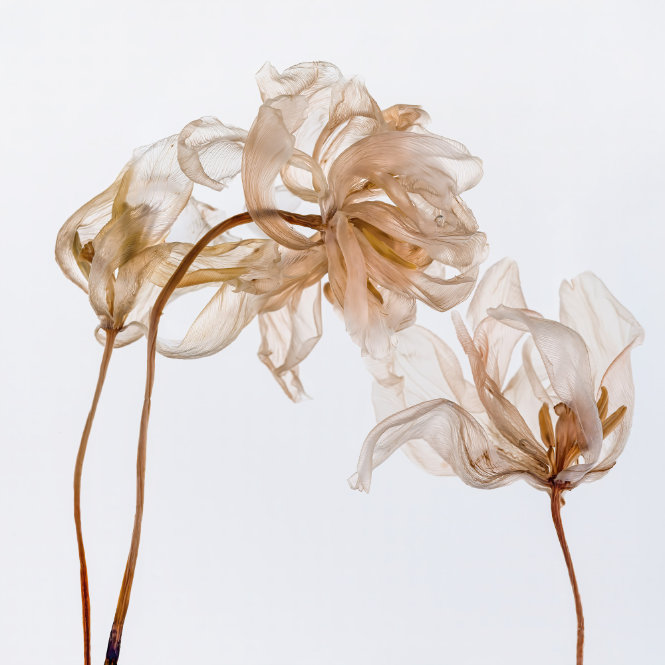 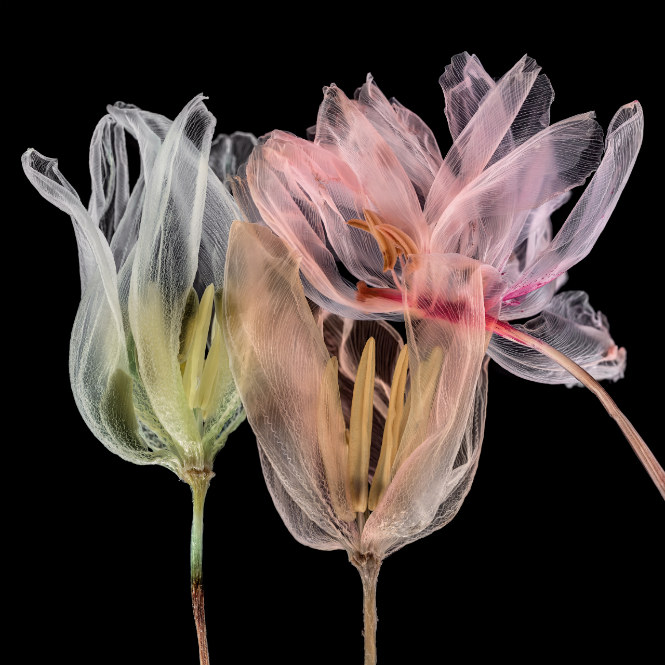 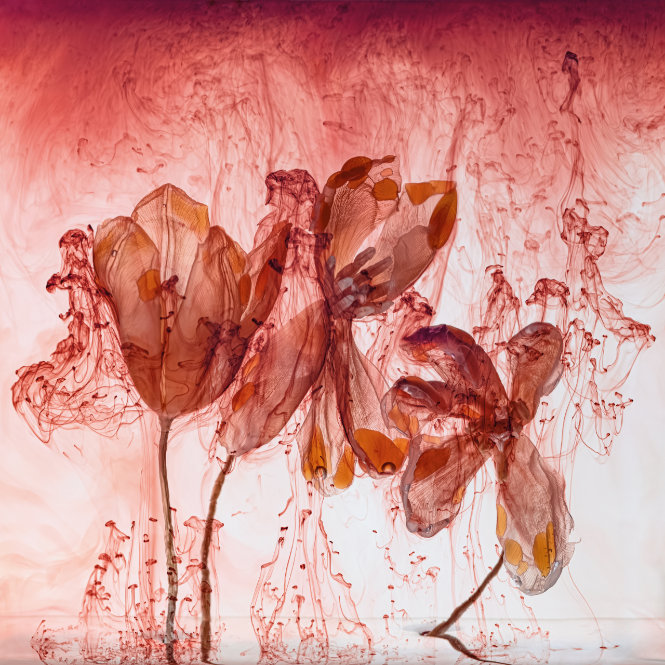 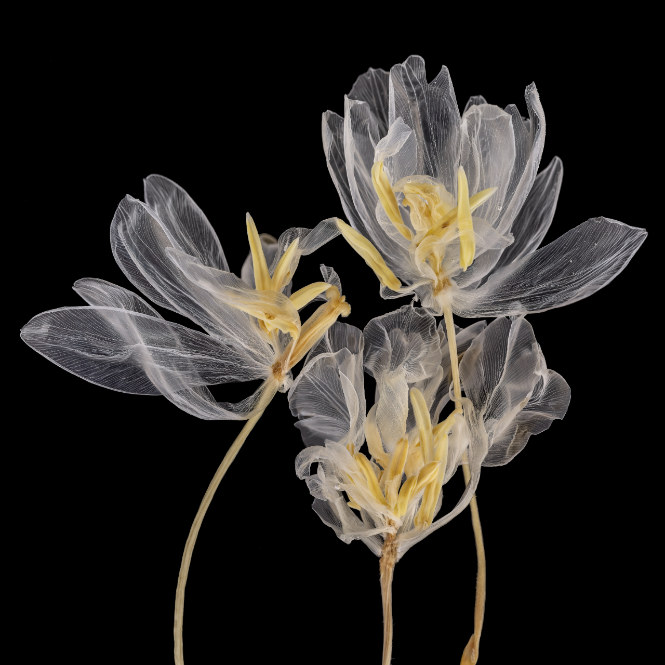 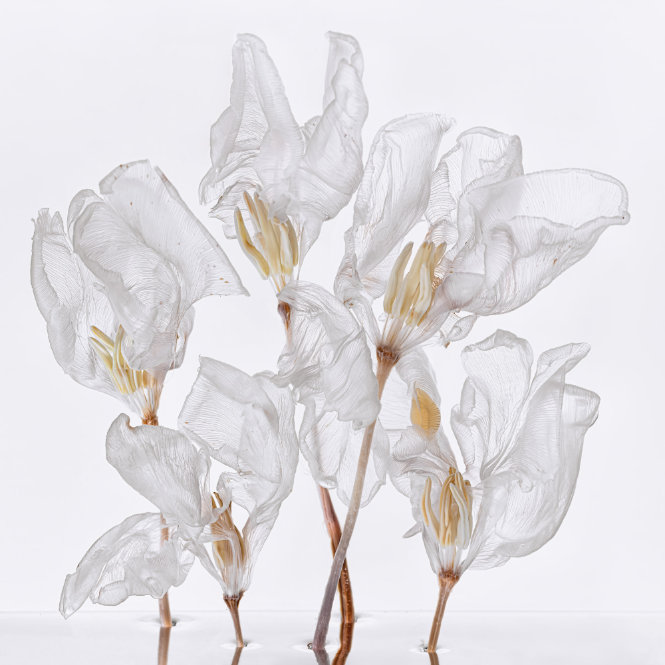 Kathrin Linkerdorff’s deeply poetic images are inspired by the Japanese philosophy of wabi sabi, which focuses on the beauty of the imperfect and fleeting. Presented here comprehensively for the first time, the pictures from the series Fairies capture fading moments of transience with the lightest possible touch. Caught between the impression of old masters’ still life or vanitas paintings and cool, dissecting abstraction, they build a mysterious fascination.

Photographer Kathrin Linkersdorff (*1966 in Berlin) is one of the most promising recent discoveries in Germany. She started her career as an architect. A job related multi-year stay in Japan provided important influence for her work. »With their captivating clarity, her works are reminiscent of Karl Blossfeldt’s photographs of plants. Their aesthetics refers to photographs by Edward Weston.« wrote Barbara Esch-Marowski (in a text for the first exhibition of the images,“Draussenstadt”, presented in public spaces in Berlin in the fall of 2020).

"My work fluctuates between art and science. With my experiments, I operate at the interface to botany. I deliberately set processes of decay in motion in order to expose the inner structure of flowers, for example. I then capture the structural plan that has become visible in staged photographs. My thinking and the aesthetics of the images are rooted in the Japanese concept of Wabi Sabi." (Quote Kathrin Linkersdorff)